Jada Pinkett-Smith’s groundbreaking Facebook Watch series “Red Table Talk” has returned for season 2, and we could not be more excited! After masterfully tackling topics such as addiction, conflict between Black women, self-image, blended families, and a plethora of other tough subjects, I became an instant fan. I could always find gems in every single episode that I felt like spoke specifically to me, and based on the astounding response from Black women around the world, I wasn’t alone. So, the Pedestal Project has decided to offer our own reactions and highlights from each episode, and we look forward to continuing the conversation with our readers. Fair warning, be sure to watch the episodes so that we don’t spoil any of the awesomeness for you.

This episode, “Becoming Mr. and Mrs. Smith (Part 1)” was completely dedicated to exploring the labor of love – the good, bad, and the hidden. Jada and Will shared that it was important for them to directly discuss the often-speculated aspects of their marriage and explain their views on privacy. I really appreciated this because they definitely do not have to justify keeping parts of their relationship only to themselves; however, I found their vulnerability to be refreshing and inspiring.

There are so many eerie “meant-to-be” moments in the early stages of their relationship. Will, a young megastar currently riding the high of “The Fresh Prince of. Bel-Air” was infatuated by a young street savvy Baltimore-bred Jada after spotting her on an episode of “A Different World.” 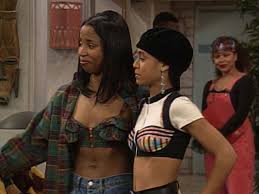 Thanks to a connection from co-star Alphonso Ribeiro, Will attended a taping of Jada’s show with the intent of being introduced to her. Sidebar, Jada mentions having gone on a date with Alfonso (a date that she apparently forgot); can you imagine what that marriage would have looked like? Yeah, me neither. (No shade– I love Carlton!) The craziest part of this story is that Will ends up meeting his first wife, Sheree Fletcher, at the taping and marrying her. Talk about a plot twist. Will revealed that despite eventually realizing his wife was not the person he was supposed to be with, he vowed that he was never getting a divorce. That is…until Sheree filed for divorce on Valentine’s Day. Ouch! Though painful, Will took it as a divine signal to shoot the shot of all shots with Jada. After a simple phone call, Will and Jada officially became THE Will and Jada. 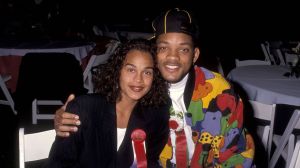 Here’s where we get to the nitty-gritty! Jada reveals that she begrudgingly got married to Will after an unplanned pregnancy and insistence from her mother. Will was excited, optimistic, and eager to build the loving and stable family that he lacked as a child. Will opens up about growing up in an abusive home and wanting more than anything to build the perfect life for his family. In addition, he felt that his success would be expanded by being married because he felt he could only excel for a woman. However, Will’s fantasy family sometimes overshadowed his real-life family. One major conflict in their marriage involved Will working tirelessly to build a media empire for himself a Jada, an enormous music career for daughter, Willow, and to have a lavish estate for his family. He shared that during this time, Jada cried almost every day, and he realized he was “failing miserably” as a husband. After reflecting, he accepted the fact that he was trying to so hard to build and maintain an image of perfection to the outside world that he was going to inevitably recreate the broken home he grew up in. 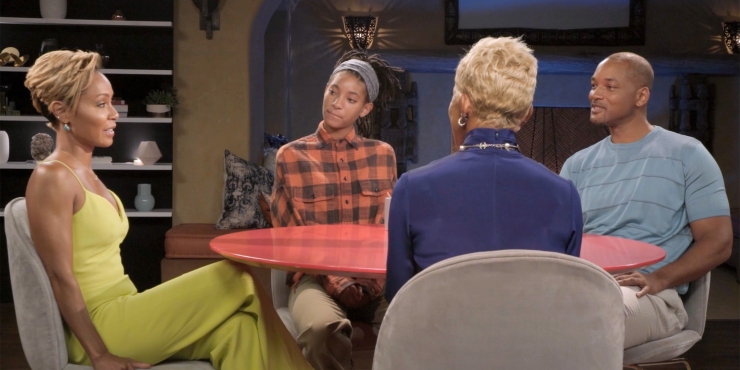 From Jada’s perspective, she revealed feelings of being trapped in a life that she didn’t build and didn’t want. Before getting into a relationship with Will, Jada had bought a farm back home in Baltimore vowing to live a simple life out of the limelight. This was anything but that. However, Jada hesitated to share her discontent because of fear and not wanting to seem ungrateful. Can you imagine how many things Black women have silently accepted for fear of rocking the boat?

A HUGE takeaway that I got from this episode was the importance of intentional communication in a relationship. From what I can tell, it’s one of the main reasons Will and Jada have the type of fortified bond they share. The couple recalled an early argument in their relationship where Jada used profanity towards Will, and he hit her on the head with a newspaper. Once they were alone, he told her that one thing he absolutely could not handle in his home was profanity and communicating in anger. They almost broke up during this argument (although the preview of the next episode hints that they did break up at one point, and my heart is NOT ready for that)! However, they vowed to never use profanity or raise their voices and abided by that rule for the next twenty years. TWENTY. YEARS. I probably can’t drive twenty minutes in rush hour traffic without using profanity so I definitely admire this commitment to healthy communication. Based on the comfort and openness of their children in their own expression, I can tell they adopted those healthy behaviors as well. Kudos!

What an amazing start to Season 2! I appreciated the realness of this entire episode. I can tell that Will and Jada are at a point in their life where they are completely comfortable in living their truth –their entire truth. As they shared, money and winning is not the key to a successful relationship. It was an honest and realistic view of a marriage that is the product of years of hard work, sacrifice, and compromise. I’m so excited to see what we get in Part 2!

The Pedestal Project does not own, sell, or unlawfully reproduce any intellectual property of Red Table Talk or its owners. All views shared here are solely responses of the author to Red Table Talk content and not intended to infringe on any copyrighted material nor to be portrayed as an entity or affiliate of Red Table Talk.

"I am learning that love is possible and that you don't have to be a superwoman to deserve it." Check out Quasha's (@quashaross_) latest post and transparency regarding strength, unlearning and the growing pains we experience on the journey of growth.
Rihanna said it best, "All I see is signs, all I see is dollar signs!" But with the year coming to a close it's time to see where our coins went, check out Jasmine's (@chicomydusty) strategies for reassessing your finances for the end of the year
E-V-E is having a B-A-B-Y!