There is something about becoming a parent that forces you to deal with your demons. Otherwise, they become the generational curses for your children. Either way- it’s a decision you have to make, for your self and for your child. And if dealing with a tsunami of childhood trauma, pain, and memories, isn’t enough, you have to actually raise the child. Deal with sleepless nights through infancy, tantrums during toddler years, discipline, and learning through preschool years, coming of age issues for the adolescents, and do I even need to say more for teen years?

Motherhood is hard, and that is one message that definitely resonated in Little Fires Everywhere. Mia, Elena, Bebe, and Linda’s main struggles were rooted in being a mother.

For Linda, pregnancy did not come easy. This is the story for more women than we’d like to think. Fertility treatments, IVF, and surrogacy and adoption are just a few ways that some women have had to rely on to receive their bundle of joy. If you haven’t been in her shoes- it may be hard to understand why she would want to willingly keep the child of someone who actively wanted to keep their baby.

If you have had any kind of struggle with finances as an adult or a child watching your parents it is easy to relate to Bebe Chow. You don’t have a kid thinking you literally won’t be able to provide heat and food for your child. Unfortunately, that was the case for Bebe and she did what she thought she had to as an undocumented immigrant. A mother will do what she has to for her child- and that’s what she did. But living with the pain was unbearable and she did (again) what she had to, to get her daughter back.

Elena comes from the opposite of Bebe, having both resources and support to do what she needed for her children. But even when you have everything for your children, it doesn’t eliminate the post-partum issues that come with the baring and caretaking of children. As a woman who wanted to have a career- she didn’t seem to sign up for the 4 children she bore. And to some degree, we see she resented her last child. She wanted to go back to work and having more children made that extremely difficult for her- and made her spin out in ways that we see on the show towards her children.

Mia is an interesting one. She didn’t know she even wanted to be a mother until she was with child (someone else’s child even). But in the midst of grief and loss, she made a decision to keep the last thing she felt in control of.

Sometimes- as parents, we make decisions that will affect our children because we feel it’s the right thing to do because of our situation, our past, or hurt left unresolved.

It was important for me to discuss all four of these mothers, not just because they and their situations were so different but because it’s easy to judge the shoes of the women we don’t understand. Especially when we think it wouldn’t and couldn’t be us. Motherhood is hard- and it forces you to make some even harder decisions.

Give yourself grace. And if you can learn anything from these four mamas- love your kid to the best of your ability and everything else will come. 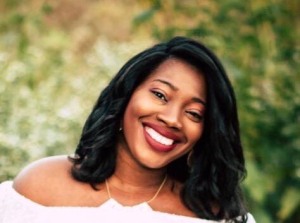 Ke’Ana Lampkins is a contributing writer for The Pedestal Project, LLC. Ke’Ana is a Christian, wife, and mother dedicated to empowering young girls and women through counseling, mentorship, and education. Connect with her on Instagram @Beautifully_Yanni.